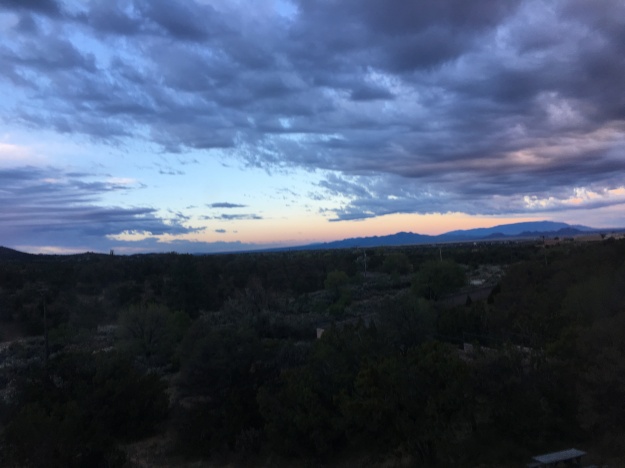 My high school English teacher, Mrs. Michael, rarely gave compliments or A’s. She was renowned throughout the school for her high standards and tough grading. I never got above a ‘B’ until one noteworthy essay my senior year. When I wrote the essay, however, I didn’t think it was noteworthy at all. It seemed trite, about a high school crush. I wrote it quickly, without too much thought, much like I am doing right now.

When she passed back the papers, with their grades, I still remember where I was sitting. I remember little else about high school but I will never forget that moment. I had gotten a 93, an A-. Even better than that, she had underlined two phrases and written a compliment, something I had never received from her. She had written ‘I love this’ about a random sentence with no special descriptive metaphors.  I had no idea why, or what it was about that grouping of words. I was mystified.

I never willingly took an English class again after that. There was one requirement my freshman year in college—English Comp—but that was it.

Her compliment had done me in. I was afraid it was a fluke, an accident. I was afraid of having a future essay erase all the goodness that a random, five-hundred-word composition had implanted in my being. Although my parents often said to me “you are the writer,” when comparing me to my brother who was “the engineer” I mostly believed they said it because they had to say something about what it was I had to offer. I didn’t believe them. They were nice parents prone to saying encouraging words.

Fast forward many decades. I was at a writing retreat and the instruction for the class was to recall passages that people read from their work but not to give feedback. Things like “I loved that” or “good job” were forbidden. The reason being, according to Natalie Goldberg, is that expectation can be paralyzing. It stops people in their tracks.

There was some research recently reported about the negative effects of saying “you are so smart” to kids. It actually impedes their performance on future tests compared with kids who were told “you did a good job because you studied so hard.”

The kids who were told they were smart actually started performing worse on easier tasks than the other group.

I was afraid to write for a very long time after that English paper. I was afraid to make a mistake, to prove my parents wrong, to not “be good at writing.” It was the only thing I felt I had going back then. But then when I started writing a little newsletter for my knitting shop, I would sometimes get positive feedback. I loved it, treasured the kind words, but still often discounted them, blaming it on the fact that the person was a relative, a good friend, a friend of a friend.

But then one time someone said to me, when I was talking about what to do next,

“you need to write,” she said.

This was a person who was not really a friend, or a friend of a friend, nor my mother-in- law or childhood acquaintance. It was someone who had no reason at all to encourage me. I gave unequal weight to her compliment because I couldn’t explain it away. I kept it close to my heart as some kind of proof. For a while it was enough, until it wasn’t.

Because people continued to be nice and encouraging. When I started what I hoped would turn into a book, I sent sections to devoted friends who read and responded, edited when necessary. Every time I sent a section I waited anxiously for their feedback, their input. Each time it was as if I was starting anew. I waited for them to say that I must keep going. One time I made a friend swear on her life that she wasn’t lying to me.

The encouragement, I realized, would never be enough to fix the thing inside of me that felt broken. What I learned from the writing retreat is that it has to come from within.

It has to come from me.